Next up in our Christ-Centered Christmas traditions series is Alyssa Hollingsworth of alyssahollingsworth.com sharing her family’s Christmas Eve traditions.

Christmas Eve at the Hollingsworth household is generally a quiet affair—well, as quiet as seven adults, two little kids, a mixture of cousins (depending on the year), and various dogs can be.

The house has long been decorated, the presents are wrapped and under the tree (carefully organized so that no two wrapped in the same paper are side-by-side), the stockings are ready to be stuffed as soon as the kids are in bed. It’s Christmas Eve.

On the best Christmases, like last year, my scattered family will gather from across the globe—a sister traveling from Central Asia, a brother (Jason) and his family coming from California, and me crossing the Pond from England, along with my two younger siblings who (last year, anyway) still lived at home—to gather in my parents’ snug townhouse in Virginia. This fluctuates every year, and it’s a rare and wonderful (if loud and crowded) thing for us to be under the same roof. 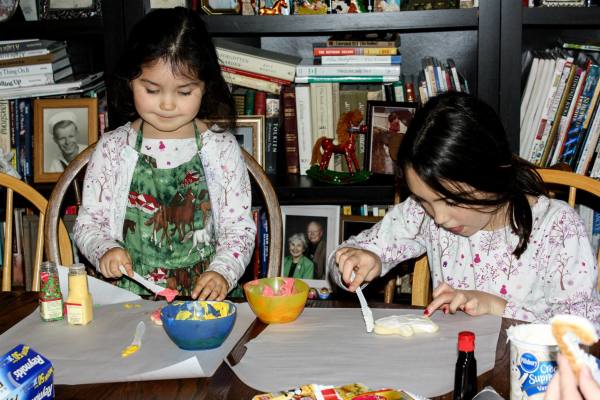 Because no one really wants to work on Christmas day, we have our feast of a meal the night before. This includes Nana Buns, a homemade bread recipe passed down from great-grandparents. My younger brother (Philip) is the Nana Bun Connoisseur, and most of the day he and Dad are up to their elbows in flour, the dogs helpfully waiting for scrapes around their feet. Jason helps Mom with the cooking (and the wine), while my younger sister, Laura, and I entertain the nieces with sugar cookie decorating. 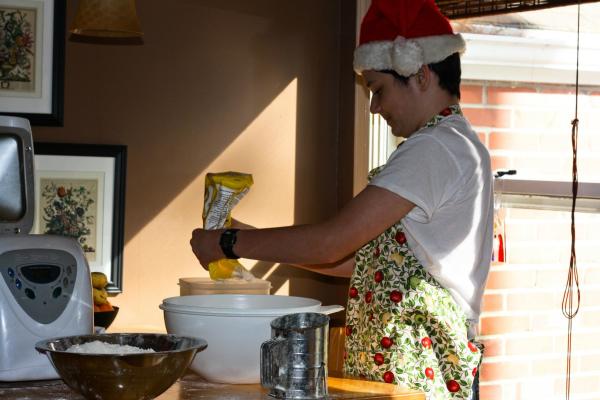 I will not deny that an occasional swear word is snapped when the turkey splatters juice everywhere, or that there are rolled eyes and moans when we’re dragged away from our computers to help. But normally, in the end, a good time is had by all. 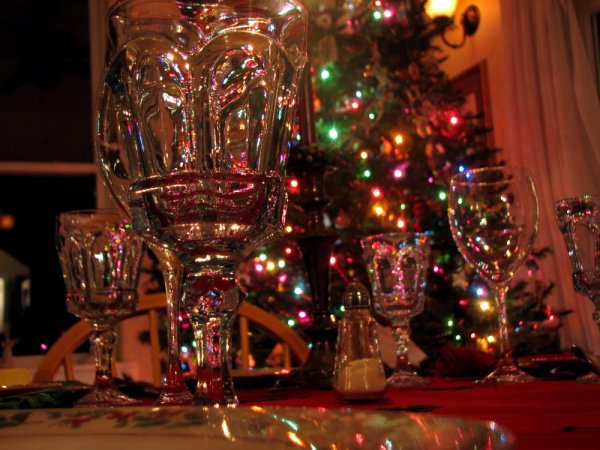 We have the meal by candlelight, normally with quiet music in the background. Dinner is an art unto it self, with no one having quite enough elbowroom, and the table overflowing with food. Jason can’t help playing with the candles (even if he is in his 30s) and any of us girls are in constant danger of accidentally catching ourselves on fire while we pass plates. Conversation is a mixture of joking around and serious reflection, but mostly the former. Every Nana Bun is jealously consumed, as is the “Apple Bubbly” (sparkling cider).

Once we are all full to bursting, whoever didn’t help bake cleans up, and we send the youngest kids on a casting call for the Christmas story. We pluck characters from the dozens of nativity sets around our house until we have a line up of uniquely individual pieces: A glass Joseph, a Napalese wool Mary, a Uighur Elizabeth, various wise men and shepherds, and as many angels as we can carry (often stolen from the Christmas tree). My siblings and nieces divide these characters up among themselves, and anyone particularly lazy gets to be the star (normally a flashlight or cellphone app). 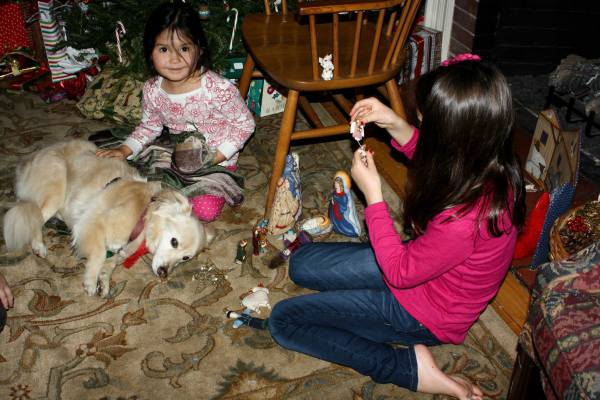 With our cast assembled, we sit around the tree and Dad opens his Bible. He reads the story while we act it out with the pieces, normally starting in Luke with the birth of John the Baptist foretold, then hopping chronologically between Matthew and Luke until Mary and Joseph are sent to Egypt.

Over the years, we’ve resorted to different twists to keep the acting fresh—sometimes our dog would be a camel, and we’d make her carry Mary and Joseph around, one time Zechariah was portrayed as a snowman, and one time Philip accompanied it with badly played Uighar music—but the core story is the same. It’s always my dad who reads it, always out of his leather-bound ESV, always the circle of family nearby, sometimes offering insights, sometimes teasing. 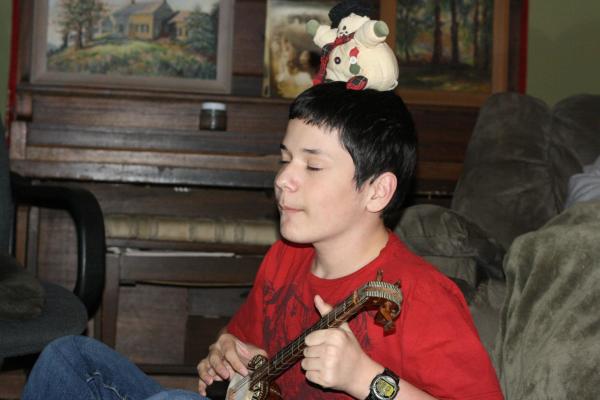 Christmas Eve is my nieces’ hands draped in angels—one for every finger—and Dad’s tired voice scraping a little as he reads and the reflected colorful lights in the hardwood floor and the faint cinnamon scent of apple pie in the next room.

Peace is not a norm in our scattered lives, and our years are never without loss.

But when Dad reads the last passage and closes the book, there is only one word for the moment of silence that follows: Shalom.

And you, child, will be called the prophet of the Most High;

for you will go before the Lord to prepare his ways,

to give knowledge of salvation to his people

in the forgiveness of their sins,

because of the tender mercy of our God,

whereby the sunrise shall visit us[h] from on high

to give light to those who sit in darkness and in the shadow of death,

to guide our feet into the way of peace.