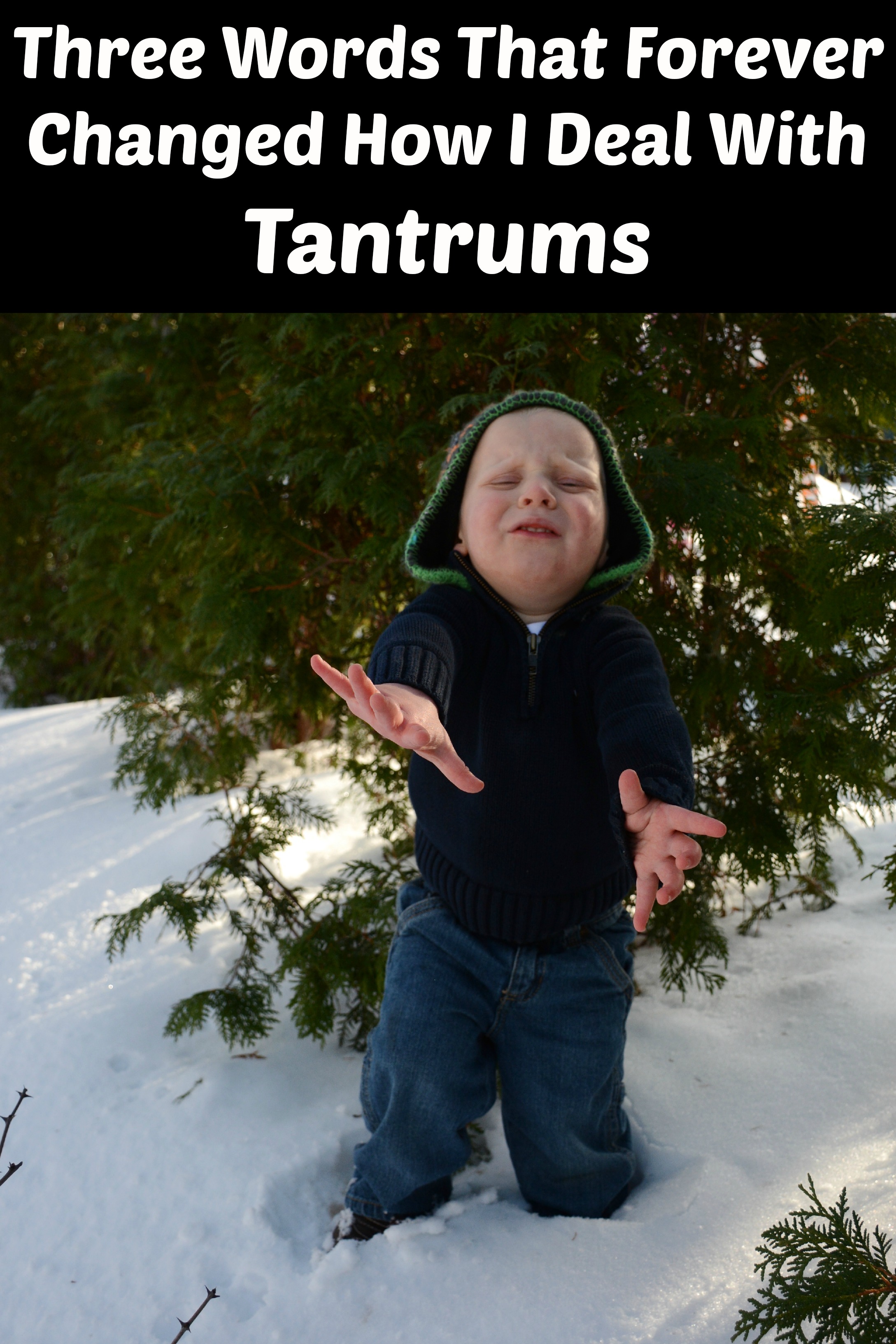 He was screaming for what seemed like the millionth time that morning. There is no denying it, my son has a fierce temper. (We’re not even going to talk about who he got that from). I had a feeling this was how the morning was just going to be after we had stayed up late the night before.

I removed him from the room after my initial attempts to get him to calm down failed. As we took a seat in the living room I spoke to him in a quiet voice, my words speaking as much to me as him.

He took a deep breath, tears streaming down his face, still taking short gasps of air. Just like that, he was calm again. We prayed and he went about his business, a happy two year old once again.

Its no secret, tantrums are a hallmark of the toddler years. I figured there was no avoiding it, so early on I decided I would employ two strategies:

Remembering that if I could consistently handle tantrums patiently, yet firmly, “this too shall pass” really helped keep my focus in the right place. It is so easy to get caught up in the day to day, but keeping view of long term goals helps to balance that out.

A key to my being consistent, though, was finding a way of dealing with tantrums that worked for K. Unfortunately, there’s no magic solution to avoiding tantrums so I had to experiment to find the solutions that worked best for him. I found out early on that logic didn’t work, and I knew I didn’t want to resort to bribery. Distraction sometimes worked if the fit was minor, but not always. So, I soon landed on the common method of removing him to his bed to throw his tantrum. He could come out as soon as he was calm. This often worked to help him decide to calm down before we even made it to the bedroom. However, it wasn’t always possible to remove him to his room, so something had to change. One day, on a whim, I added three simple words.

I didn’t know if it would work, but after using it consistently with every tantrum, I began to notice a difference. I would look him in the eyes and calmly repeat the words. He learned to breath deeply and calm himself down. Sure, he still lost control of his emotions regularly, but he was learning how to regain that control. As an added benefit, saying the words helped me stay calm too.

Just using these three simple words has really helped turn a no-fun situation into a learning and growing experience for both me and him.