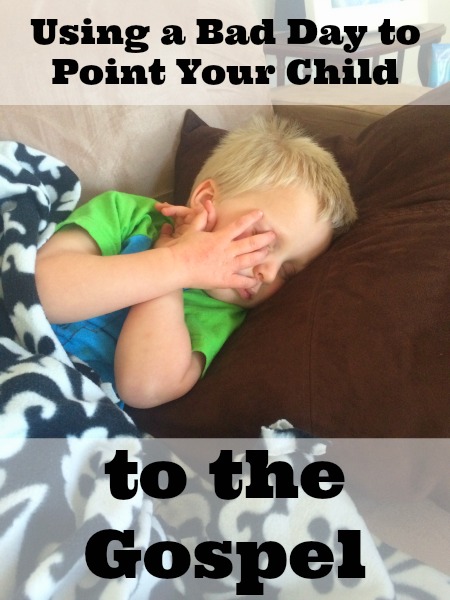 It was one of those nights. The ones where the clock ticking down to bedtime couldn’t possibly move any slower. It had been a rough day. K had been particularly… well.. three years old. We’d been struggling with disobedience, stubbornness, angry outbursts, mischievousness, and lack of self-control all. day. long. Typically on nights like this I’m ashamed to admit I normally speed through the bed time routine in record time and then crash on the couch. Teeth, potty, jammies, prayers, kiss, hug, lights out – done.

However, for some reason this night something stirred in my heart and I decided to slow down. I tucked K in and smiled at him.

It took maybe all of five minutes, but the conversation that followed brought about more fruit than a quick kiss and “I love you” ever could.

He thought that was pretty cool.

I told him that we can only be with God if we do good things too. If we do bad things, we can’t be with God, because He is good. Then I told him the good news. Jesus came to be good for us, so we can be with God. Jesus saves us.

We ended our short discussion by deciding to try again tomorrow to make good choices and be nice, because that’s what Jesus would want us to do. Then finally the kisses and hugs and goodnights. I came downstairs feeling at peace, instead of drained from the day’s struggles.

The gospel was something both of us needed to hear. 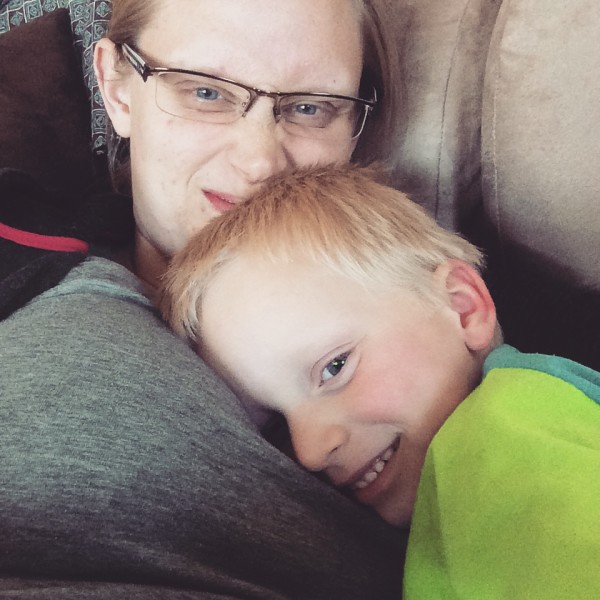 How much did my son, a little three year old, retain or even understand from that conversation? I don’t know. However, what I do know is that a seed has been planted. A seed that will continue to be cared for until it grows to fruition.

Later that night as I lay in bed I told my husband about our conversation. He said that earlier in the day he, too, had a similar talk. K had run out into the road to get a ball even after being told to stop. There was a car coming (slowly, thankfully) and my husband had to run and grab K. Somehow their discipline conversation moved to talking about how Jesus saves us, just like daddy saved K from the road. When I had my conversation with K, he mentioned how daddy saved him when I was talking about Jesus saving him. Even though I didn’t know what he was talking about he had remembered the earlier talk and connected the dots.

They remember more than we think sometimes.

In our goals of raising kind, obedient, and thoughtful children we must not forget the bigger picture. We are all sinners in need of a Savior. Even our kids. No amount of training is going to change that. Let us never cease in pointing them towards our Hope. 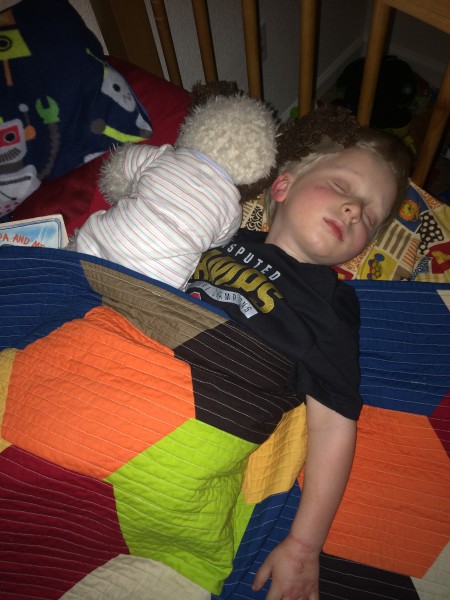 What tips do you have for sharing the gospel with your children? Share them in the comments.