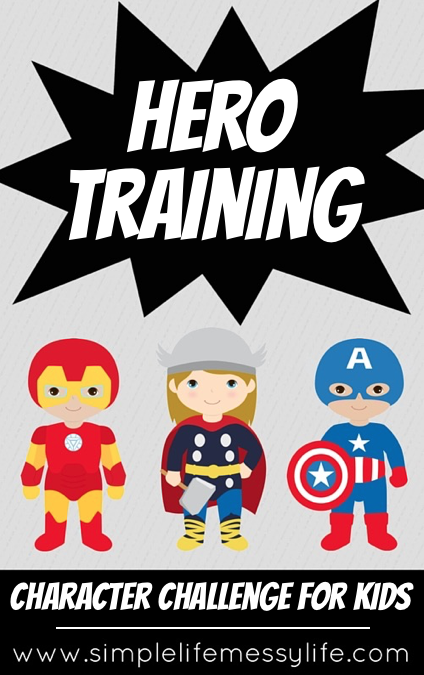 Week four of Hero Training brought a new word to learn – attentive! While this may have been a character trait K had never heard of, it was definitely something he needed some practice in! We kept things simple this week to pair with the learning of a new concept – but we still had lots of fun!

If you haven’t read the introduction to the series yet, check it out here (it has all the instructions and info you’ll need).

I hope you have fun doing the challenges and, don’t forget, if you’re joining in be sure to use the hashtag #herotrainingcc on instagram and twitter! 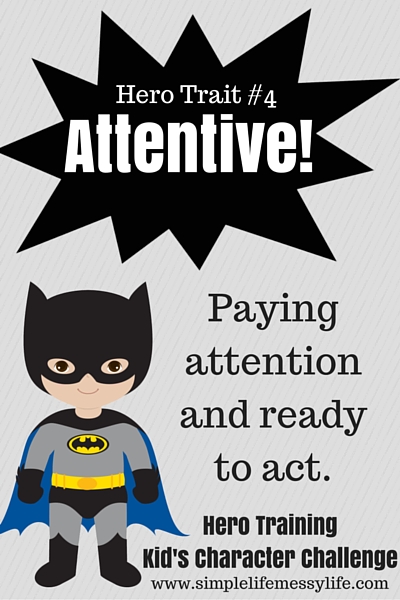 Super Hero: Batman (because Batman is always attentive to the Bat Signal – ready to spring into action)

Memory Verse: Hear, O sons, a father’s instruction, and be attentive, that you may gain insight (Proverbs 4:20)

Examples of Jesus Displaying this Trait:

This game requires paying close attention! We even changed it to “Batman Says.”

Come right away when called 10 times. 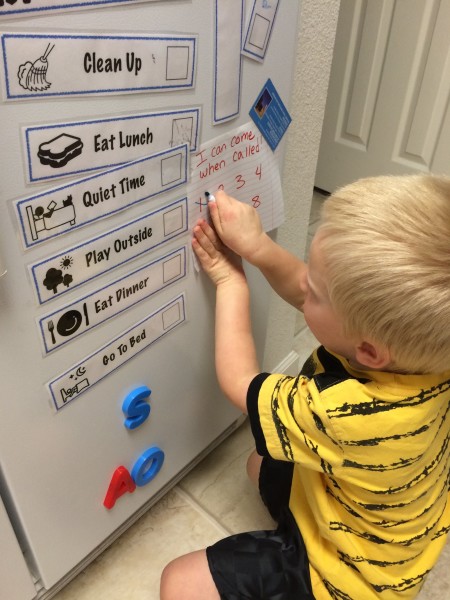 If your child needs to work on another area of being attentive, feel free to adjust this challenge to reflect that. (Side note: You can get that preschool routine printable you see on the fridge here)

UPDATE: A kind reader emailed me a fun Batman chart she made to use with her son for this challenge. She wanted me to pass it on, so if you’d like it, download it here.

Go outside and pay attention.

Close your eyes and listen closely. What can you hear? Keep your eyes closed for as long as you can and then talk about all the things you were able to hear when you payed attention.

Design your own Bat Signal to remind you to be attentive like Batman.

Grab a printable bat signal here and have your child decorate however he or she would like. An older child might enjoy making a real Bat Signal.

Once you’ve completed all the challenges you’ve earned another character badge! Find the tutorial here to make your own super hero cape and character badges.

If you come up with another way of giving “badges” (or something similar) to keep track of your child’s progress – I’d love to see it! I’d also love to see how you complete the challenges! Tag your post with #herotrainingcc on Instagram or Twitter!

Well, that’s it for week four of Hero Training! If you join in, I’d love to hear from you. Let me know how it is going in the comments!